11. The Recording Session: Getting the Perfect Take - D.W. Fearn

11. The Recording Session: Getting the Perfect Take - D.W. Fearn 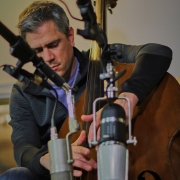 11. The Recording Session: Getting the perfect take

Our session is well underway now and everyone knows their part. The goal now is to get the perfect rendition of the song.

A symphony orchestra is likely to play a piece nearly perfectly every time, and the producer is looking for the ideal interpretation. An orchestra cannot record take after take if for no other reason than the cost involved. But they seldom have to spend hours on one piece because they know the music and they are excellent players.

On the other hand, someone recording at home with a bunch of friends may need to explore the song to find the best interpretation, work with the players to refine their parts, and perhaps simultaneously manage all the technical details of the recording process. The session may essentially combine rehearsal time with recording, and the performers may decide later that they can do a better job than they did that first time. Under those circumstances, there is far less pressure for perfection because they are not spending hundreds of dollars an hour for a professional recording studio, and they may not have a record label with a budget and deadline forcing them to complete the project on time.

Our example session is somewhere between these extremes, but the same requirements apply. The goal is a recording for the ages. Sure, the chances of that recording achieving immortality are vanishingly slim, but everyone involved needs to have the attitude that this is the best recording of the best song ever made. Otherwise they won’t perform at their best.

Who decides when the recording of the song is perfect? Well, first let’s agree that there has never been a perfect recording, even if everyone hit every note perfectly. The song has infinite interpretations. Who could possibly know when perfection is achieved?

The decision to accept a certain take of a song is usually a joint decision made by the producer, engineer, artist, and the other musicians. Almost always there will be at least one player on the session who thinks he or she can do better than the most recent take, or they may prefer a previous take. Someone has to be the final judge, and that is most often the producer.

In my experience, most recordings reach their peak at about the fourth or fifth take. After that, the fatigue and monotony tend to diminish the performance. Personally, I will always choose the take with the best “feel” and not necessarily the take with the most perfect performance. After all, we are conveying an emotion to the listener, who often will never notice that the guitar player fingered a chord with one note that wasn’t actually in the key of the song.
There are always exceptions: I have had performers achieve their best version on the first take. And there have been times when the producer and/or musicians have done dozens of takes before they hit their best. Classically trained musicians are usually better equipped to work tirelessly until they are happy with their part because perfection has been their education and personal goal, and they have the stamina to do that. But with most players, take four or five is the best, in my experience.

In our example session, we have a group of musicians who are all playing together, and achieving a finished version of the song. In the real world, this is seldom the case. Usually there are additional instruments to add later, and maybe some of the original instruments or voices will be replaced during a future session. Frequently the lead vocalist will just sing a “scratch” part which is intended simply to guide the players and establish the proper mood for the song. That vocal is meant to be replaced, and often does not even contain the entire performance but just enough to let everyone know where they are in the song. However, sometimes the singer hits the part so perfectly that the scratch vocal ends up being used on the final version.

That not only applies to vocals, but to any part. I’ve been involved in sessions that eventually had nothing from the original recording session on the record. Everything was replaced. The first performance only set the feel for the song. I do not find that approach particularly satisfying, although from a technical perspective it certainly makes the engineering easier.

I strongly believe that the best recordings are made when all the parts are played at the same time, at the same session. There is an energy in those recordings that is difficult to achieve by doing a lot of overdubs (additional parts added later) and replacements of the original individual tracks. When you put a bunch of really good musicians in a room together, and they all enjoy working together, and they are enthusiastic about the song they are working on, there is an exchange of ideas and energy that is lost in a more fragmented style of recording.

But often there are practical reasons why everything cannot be done at once. Perhaps the keyboard player will add parts on another instrument, or a guitar player will play a rhythm part with a separate lead guitar added later. Or maybe someone cannot make it to the original session and it is deemed best to proceed without them and add their part later.

Our example session is meant to be generic, and describes a typical recording of popular music as it is done these days. But there are many different genres of music, and some of this description would not apply to another project. Classical sessions, for example, rarely (if ever) have overdubs. On the opposite extreme, an artist could play all the instruments, recorded one at a time, and perhaps do multiple vocal overdubs, even creating their own many-voice choir.
All of these approaches are valid and each strives to communicate with the listener in the most effective way.

Next: We will depart from the session experience and look at what the audio goes through before it reaches the listener. A lot more goes into a successful recording session and we will come back to that in future installments.

Also, check out my podcast, "My Take On Music Recording." You can access all the episodes from dougfearn.com