Amazon Enters the World of High Definition Music Streaming.. Why it matters?

Amazon Enters the World of High Definition Music Streaming.. Why it matters? 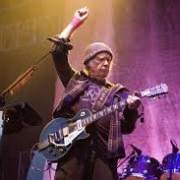 Where were you when the announcement came?  I was talking with a friend about the music business and he said, "Well, I guess you heard the news.  Amazon's launched it's high resolution tier."  No, I hadn't heard.  Usually I read the same music industry news he does every morning but that day I was busy doing other things.

One of the biggest issues for digital service providers like Qobuz, Amazon and others is that most music hasn't been recorded to high resolution audio in the first place.  If you read the fine print, the highest tiers for audio usually has millions of songs, not 50 million songs.  While capable of 192 24 FLAC streaming, there are far fewer songs available at that resolution.  That is going to change over the next few years as the increased rates eventually trickle down to the labels who will demand recording at higher sampling rates from the usually reluctant recording engineers who typically set their systems for 48K recording.

Amazon has a lot of great reasons to jump into high resolution audio.  While none of us expect Amazon will see a monumental increase in subscription for their "Ultra HD Music" streaming, that is an audience who will need or are interested in better listening devices.. whether headphones or a portable DAC.  The entry level device partners tend to be the kind you'll find at Magnolia stores...  where a system could be put together for $1000.  Imagine all those young Millenials getting introduced to better headphones, better sound and all leading to improved listening systems.  Apple stands to gain in the same way.

But the hidden goldmine is that Amazon owns the cloud known as AWS.  Nearly every Digital Service Provider (DSP -- digital music store) uses AWS to store and deliver their music around the world.  Amazon was the most reliable source for music delivery and streaming.  From Apple Music to the high resolution audio stores, we all rely on and get charge by the bandwidth we use to deliver files to our customers.  Amazon reaps the rewards from all the DSP who increase their bandwidth to service High Def music.  It's not brain surgery to figure out that Amazon can charge much less for their HD subscriptions because they own the cloud.

If you've ever been a store or vendor or sold something through Amazon, you know that what you trade in your profit margin is access to their customer base.  If the Ultra High Def subscription service from Amazon doesn't reward their vendors (the labels and artists) with a bigger streaming payout, you'll see the label withhold their offerings.  High resolution music has a much higher cost to the labels to create.  Amazon is one of the few companies in a position to 'do the right thing' for the musicians and labels servicing them with better quality audio.  Let's hope Amazon has figured this out.  They have an opportunity to be the "good guy" in all of this and lead the way to the future of music.

If you want to know more... here is the information page at Amazon.

And a general article at CNN

Enjoy and feel free to leave comments below.