Analog Transfers vs Digital Conversions - what does it say about the files you're listening to?

Analog Transfers vs Digital Conversions - what does it say about the files you're listening to? 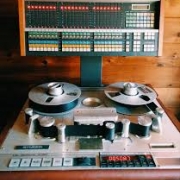 It's not that you need to care about this question and many of you may not know whether you're listening to a digital conversion or an analog transfer.  Bottomline, if you're happy with your music then GREAT!  Continue listening...

But, for those of you interested in the processes recording engineers often use, then read on.

What is a digital conversion?

If you've purchased a digital file that's 44.1kHz sampling rate and you've decided to setup your playback to listen through your DAC at 96kHz, then you are "upsampling" on listening. Some DACs have chosen to upsample to have DSD128 (or other sampling rates) as the playback.  Some song management programs (like Roon or JRiver) allow you to choose what sampling rate you want sent to your DAC for listening.  Some people believe that playback is optimized when the sampling rate of the audio is the same as the file.  What's your preference?  Answer in the comments below.

A mix engineer might recieve files from a variety of sources in different formats.  This is especially true of much of the pop music recorded today.  With multiple producers who all have different workflows, a mix engineer could get files in 44.1khz, 48kHz, 96kHtz and even mp3 or DSD.  Depending on the style of the producer and the reliance on plugins needed (effects and tricks used for altering the sound) they will chose the format and digitally convert all the files to what's needed to mix.  The producer might decide to 'downsample' the higher sampling rate songs because their plugins only work on 48kHz.

An engineer doing a project for the audiophile community might decide to 'upsample' all the lower resolution tracks to DSD if many tracks are already recorded in DSD and the mix is going to DSD.

Digital conversions also happen when a recording is made at one sampling rate and then needs to be 'converted' to 44.1 / 16 bit for release on a CD (redbook standard).  During the heyday of CDs, sampling rates were limited but it was always felt that recording at 88.2kHz and converted to 44.1 was a better sonic option than recording at 96kHz (less complicated math for the audio data translated to better sound).

Many mastering engineers took up a the practice of converting all audio to 96kHz 24bit for any file for mastering and then converted.

What is an analog to digital transfer?

To avoid confusion, some audio engineers don't like to call a process that includes an analog stage a 'conversion'.  Keep in mind that "ADC" is short for Analog to Digital Converter.  That's a device that takes an analog sound (all sound is analog) and converts it to a digital audio file... meaning data.  Twenty and more years ago, devices were developed that stored digital data on tape.  More on that for another day.  Most of us now think of tape as the analog process where we recorded magnetic impulses (not data) on various sizes of tape... 1/4", cassette, 2" tape, etc.

We also describe the sound coming from the microphone to the preamp to a mixing console as "analog" if it doesn't first go through a device that converts the sound to digital then back out to analog.  To interface with digital recording devices that are much more portable than an analog tape machine, many mixing console have become digital and are commonly found resampling the sound to 96kHz or 48kHz.

If you're a dedicated 'analog' engineer, you'll seek out analog consoles. Sonically, there is a lot of variance, but a dedicated analog engineer seeking to mix to DSD will not want to compromise a mix by going to a 9624 digital mixing console.

Here's an example of an analog to digital transfer: The music was first recorded on 2" tape in a large, expensive studio.  The producer or artist decides to mix at home on garageband (a program by Apple) and requests a 44.1 file since all the other music was recorded at 44.1. The engineer then plays back the tape, either through a mixing console or directly into 24tracks of ACD and makes an analog to digital transfer at the sampling rate requested.

When faced with the question "I have files in 44.1 and need to get them into a DSD format -- do I digitally convert or make an analog transfer" what do engineers choose?

Every engineer know where the ghosts lie in their studio, but if you're blessed with great analog gear, it has been generally accepted that the analog to digital transfer does less damage to the sound than a digital conversion.  We have blindfold tested this many times and the analog transfer always wins (and sometimes improves) the sound of the digital file.  We have put the conversions and transfers on metering systems to view the differences and have even seen improved dynamics and frequency response extended.

What is also true is that if you're console has coloration or issues with sound, it may be better to use the digital conversion process.  It may not be best in all cases, but it will probably be easier, faster and tolerable.  In our studios, we've maximized our analog systems and make the extra effort for improved sound.