Are the Loudness Wars going mainstream? Article in the New York Times

Are the Loudness Wars going mainstream? Article in the New York Times 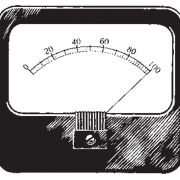 "Our ears perceive loudness in an environment by reflexively noting the dynamic range — the difference between the softest and loudest sounds (in this case, the environment is the recording itself, not the room you are playing it in). A blaring television commercial may make us turn down the volume of our sets, but its sonic peaks are no higher than the regular programming preceding it. The commercial just hits those peaks more often. A radio station playing classical music may be broadcasting a signal with the same maximum strength as one playing hip-hop, but the classical station broadcast will hit that peak perhaps once every few minutes, while the hip-hop station’s signal may peak several times per second."

In this article Greg examines the history of compression in mastering to produce "louder" recordings.  He does a very good job of it, too.  Also in the article is a comparison of Marvin Gaye's "What's Going On" (1971) and Childish Gambino's "This Is America" (this year's Song of the Year (2018)

Enjoy the read and leave comments below!