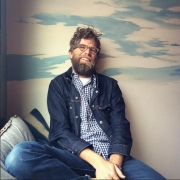 Garett Brennan is a recording artist for Blue Coast Records based out of the Portland, Oregon. This is an article of the recording session with Cookie Marenco at her studio in 2014.  For those interested in being a "producer" Blue Coast Records has released a 35 minute rehearsal of Garett and friends as they prepare the song "I Will Walk" for eventual release.

To purchase the High Resolution Version of this album go here...
https://store.bluecoastmusic.com/garett-brennan/behind-the-scenes-garett-brennan

I wrote I Will Walk for my brother’s wedding back in the fall of 2013. He and his (now) wife had just spent the last 4 years living in Alaska while he finished his PHd. Over dinner one night a month or so before the wedding, they had asked me to play a tune for that moment when they would walk down the aisle. “Of course I will. I’d be honored,” I said. Then later that night they told me the story of the rings they were getting made for the big day. Out of gold from the backyard of one of their neighbors, and they were going to melt it down and shape it themselves. “River bound ground gold,” said my brother as he took a sip of something and fired off another clawhammer tune he’d been working on up there in the woods. And right then the song began taking shape emotionally in my head. And the syllable dance had begun. Around that time I had also recently bought an old 1929 original Dobro. A round neck that I had the action lifted on so I could play it on my lap. I often long to actually NOT be the songwriter, but just sit in the back and support the tune and the singer and the shape of what’s trying to be communicated.

After that Alaska trip, the line my brother had rattled off about the gold kept ringing in my mind as I furiously tried to teach myself the dobro. Not long after that, the song took shape on the Dobro for their wedding. And since some of my friends from the Foghorn Stringband were planning on playing their wedding, I taught it to them and we played it as they walked down an outdoor aisle of hay bales, surrounded by family, friends and the majestic landscape of Moab, Utah. So I guess the song was written simply for that moment, without much intention of putting it out into the world. But when I found myself in Cookie’s studio again with Jon Neufeld on guitar and Chris Lynch on fiddle, it was the only tune I could think of to kick the session off.

Jon was somewhat familiar with the tune since I had just taught it to him the day before when we stayed at my friend Anne’s house up in Bolinas. Her house up there has always had such a grounding artistic energy for me, so when I decided to head back into Cookie’s studio with a fresh batch of tunes, I knew I wanted to land there at Anne’s house and get to know the songs again with Jon. You see, I decided to head into the studio precisely because I was in the thick of a wild new transition, I was swirling in my life at the time and the only thing (other than the grace of my 3 year old daughter) that provided any sense of clarity, was this batch of songs. This handful of tunes that immediately poured out of me a couple months earlier when my wife of 7 years told me one night that she was leaving to be with someone else. These weren’t all brand new songs now, these were songs that I had never finished. Half-finished songs that were sitting in some weird emotional purgatory while I was in a marriage that wasn’t working. But then all of a sudden, the levee breaks and things come into focus. Melodies lock in, that last line presents itself, the transition says hello.

Jon and I have been playing on and off together for years and it’s always comfortable, always supportive, always daring in the right ways. So I knew the session would go great with him and he would play exactly what the song needed. He was a huge help in doing some final tune shaping as we prepped at Anne’s house the day before. Given the state I was in though, I was honestly a little hesitant about adding Chris to the mix. But I trust Cookie when she said “Hey I got this guy that think would sound killer on your shit!” And she was right, I immediately dug his energy and the way he approached learning the tunes. His comfort in listening, exploring without being flashy, sharing his ideas in a collaborative curious style. After we did the first couple tunes with him, I honestly wish we had had more time together to figure other ones out and get to know each other better. It takes a special person to play what the song needs, not just what you’re capable of playing because you have chops. And Chris did that. Jon does that. They are both incredible players and I feel lucky to have been able to collaborate with them on this recording.