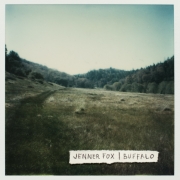 Here's a sneak peek at what it's like to be in the studio with Jenner.  A brilliant combination of mixed performances and actual performance captured of rehearsals from the video camera perspective.  In one minute, you'll hear the music transform from mixed to live to mixed all locked to video captured of the musicians, engineers and others during the session.

Yes, that is me playing the accordion. No, we didn't actually USE any of the accordion moments on the records.  :)

Here's the actual final mix of the album available in DSD256.  The album was a combination of recording live to tape and to DSD256, mixed and mastered to DSD256.