Can Ethernet Cables Makes a Difference? We test to find out!

Can Ethernet Cables Makes a Difference? We test to find out! 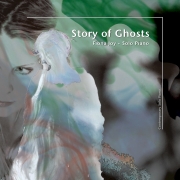 A few months ago we began recording Fiona Joy's 3rd album for Blue Coast Records called "Story or Ghosts" (now available in DSD256).  Another great set of compositions that set a much different mood than her previous recordings.  https://bluecoastmusic.com/fiona-joy/story-of-ghosts#.WjqHpVVKuM8

As usual, we recorded to DSD256 to capture the highest dynamic range and we were ready to begin mixing.  I was having a little trouble capturing the sound I wanted (which happens) and decided to hold off mixing for another day.  The next day, we began mixing and it was effortless.  It sounded fantastic with no eq, compression or reverb added.  I mentioned that to Patrick.

Patrick said that he had swapped out the Ethernet cable -- one that had been on the testing block for awhile but didn't have time to test.  The sound was so dramatically better, Patrick and I decided to stop mixing and start testing.

We setup a blindfold test where I was listening on the Sony AR1 speakers in another room (unable to see him swap or not).  Patrick swapped out a number of times while I kept a scorecard.  The "Red" cable was more than $700.  The "Blue" cable was a typical Cat5 we had been using for years.  When finished we compared the results.

First thing I noticed was a very slight (less than 1/10th db) volume difference.  The slightly louder cable also seemed a little 'muddy' with less dynamics.  The slightly softer cable had a glorious decay and spaciousness that made me happy.  In the blindfold test, I was able to identify the two cables without mistake.

The 'Red' cable won in my opinion.  A slightly lower volume and more dynamics.. much more pleasing to my ears.  My first thought was.. damn... I can't believe this.  Why?  Ethernet cable aren't suppose to have directionality, but we set it up as instructed anyway (output of computer to the DAC).

We decided to use the Red cable for the new mixes of Story of Ghosts.... and we proceeded to mix.  As I started the mix process, I noticed myself eq-ing the sound.  Something was wrong... then Patrick said, "ooops.. sorry, forgot to switch back to the Red cable".  I took the eq's out and the sound was glorious again.  It was one of the more effortless mixes I've done to date.

I know a lot of my recording engineer buddies are really going to think I'm nuts.  But we heard it.  Solo piano has an amazing way of exposing just about everything right or wrong when there's no eq or compression used.  Maybe it takes working on DSD256 and great speakers to hear this difference...  but there it was plain as day.  I've now listened to these mixes on several high end speakers and WOW!  amazing sound.

Let us know if you're interested in knowing more.  Write to us at support@dsd-guide.com with the subject Ethernet Cable Test.