Can music save the dying planet?

Can music save the dying planet? 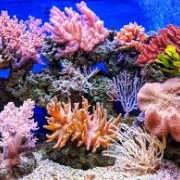 The world’s coral reefs have been affected from the devastating effects of climate change which has given rise to some radical solutions. Last week, British and Australian researchers suggested another way they say could help restoration efforts: broadcasting the sounds of healthy reefs in dying ones.

By using loudspeakers underwater, scientists have discovered that the dying reefs can be restored with fish returning to once dead coral.  They then fixed underwater loudspeakers to the center of the patches, angling them upward to ensure the sound was distributed evenly in all directions.

Over 40 nights, the team played recordings from a healthy reef in some of the patches. In other patches, they used dummy speakers that emitted no sounds, and they left a third group of patches untouched.

The process, called “acoustic enrichment,” had a “significant positive impact on juvenile fish recruitment throughout the study period,” the researchers wrote.