Cassettes come back? Tik Tok? What does it all mean?

Cassettes come back? Tik Tok? What does it all mean? 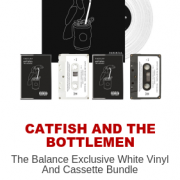 Cassettes making a comeback?  Is it a cruel joke that a few years ago I tossed out 500 blank cassettes thinking I don't need them any more?  Twenty-something studio interns are asking to borrow my cassette recorder/player that is in serious need of repair.  Next I'll be pulling out all the live recordings I made at concerts and rehearsals for release or something....

Well, truth of it is that some of those cassette recordings don't sound half bad when compared to latest mp3 recordings being played now.  But are we going to spend the money fixing the cassette machine?  Doubtful but who knows.  If you read the latest Universal Music email, nearly all the Christmas packages include colored vinyl, a cassette and t-shirt...  from Billy Eilish ro Mumford & Sons.

And what is Tik Tok all about?  Tik Tok has taken a new generation by storm.  Its parent company comes from China but the app is used worldwide.  It seems that millions of views are being had with Karaoke performances by teens.  A 15 second sample loop is downloaded from an audio service that allows use of these short segments.... more than likely these will be made by artificial intelligence in a few years so as to avoid paying any musician copyright fees.  By this Pitchfork article, the more distorted the sound, the better.  As if that's not enough of a slap in the face to practicing musicians and professional audio engineers who have spent decades on their craft, Sony and other companies are offering the new Tik Tok Karaoke performers million dollar contracts.

I sometimes wonder if this is a time for a comeback... for musicians and audio professionals who have studied their craft and create incredible sound and music.  Is there still a place in the world for us and the listeners?   Our tribe is small in comparison, but I hope you join us in being more vocal and supportive of those who create the sound and music.  Without them, there is no audiophile industry.

Let us know what you think in the comments below.