Consumer Electronics Show Review -- CES 2019 -- Portables, Immersive and Where are the audiophiles?

Consumer Electronics Show Review -- CES 2019 -- Portables, Immersive and Where are the audiophiles? 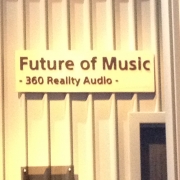 When it comes to the Consumer Electronics Show, there's a lot of 'ba, hum-bug' about the event from audiophiles... and for good reason.  CES was never intended to be "for the consumer" but for manufacturers to meet with distributors, reviewers, etc to talk about new products and innovation coming up.  For a time it was a fun spot for consumers to attend.  T.H.E. Show was held at Alexis Park and the Flamingo while the more mainstream brands setup at the Venetian.

CES was never affordable with hundreds of thousands of people coming to Las Vegas to attend CES the hotels could command a premium price for all the rooms.  Back then there were very few shows to choose from.  No Munich.  No Axpona.  Fewer and fewer consumers attended CES preferring instead to attend the other shows around the world that have become more and more prevalent.

There were a couple of magical years when all the manufacturers seemed to attend CES from around the world.  Sony and Korg had rooms, 3-5 floors of rooms, secret demos around the Las Vegas strip and hours of waiting in line to get up the Venetian elevators (well, that wasn't so much fun).  The Venetian provided great sounding rooms and expensive cartage fees.   What was that t-shirt Eveanna Manley gave out about the cost of the cartage?

The demise of the audiophile presence has been predicted for a long time.  I went early on day one so it's hard to judge, but from the looks of things on the one floor remaining for audiophiles, we all predicted this might be the last.  Many exhibitors have already secured their place at the main convention floor or elsewhere.

At the convention center

The rest of the days we spent at the main convention center.  Surprisingly, there were a lot of booths featuring "audio" -- maybe not the way audiophiles think, but for those interested in sonic developments, it was exciting.

Immersive Sound is an exciting area to be involved in...not as a consumer.. still a long way to go...  but as a sound engineer, the possibilities Sony, Sennheiser and others are working on are a glimpse of the future.  We were thrilled to see one of our interns, Gio Jacuzzi, giving the Augmented Reality demo at Sennheiser.  There was also a very interesting new sound bar from Sennheiser that retails for about $2500.

Fraunhofer was there exploiting the developments of MPEG-H that has taken off in Europe and Asia.  More coming on this.

Sony was particularly fun to hang out at.  We hear the demo last year of 360 Reality Sound.  This year, it was truly spectacular.  It's an immersive sound experience that translates 13 speakers into a headphone experience.  The hours of waiting was worth it.  We are looking forward to the next steps.

Sony came out with a portable DAC for $250 that plays DSD128.  "It sounds fantastic" says Gus Skinas, early developer of DSD recording.

There was also a prototype of a small cylindrical object that had the 13 speaker array built in.  Not yet on the market but fun to see.

High resolution audio was in cars and smart phones.  The Qobuz team was there from USA and Francs.  Maybe this will be the year we make a dent into the mainstream consciousness.