Gapless or seamless playback -- What is it? Who's responsible for making it work?

Gapless or seamless playback -- What is it? Who's responsible for making it work? 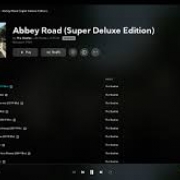 Gapless or Seamless Playback means your tracks will flow into the next song without pause. Crossfade is fairly similar: it fades one track into the next. Usually, the crossfade is something the end user can set in their playback software so that no silence is heard between songs. Gapless or Seamless playback is a term more used when two parts of the music are joined together by the musicians/producers/engineers of the music as a creative choice then a point or index mark is to separate the tracks if you want to skip forward. Hmmm.. that's hard to explain...

Most of you know an album that has a seamless transition. It happens quite a lot in classical music. Beethoven has a few symphonies that glide from movement to movement without an 'end'. In mastering, the engineer usually separates those two movements with a point for track insertion so that the listener is uninterrupted by a click or space or gap that shouldn't be there.

In modern music, you'll heard (or preferably WON'T hear) these transitions in rock, new age, ambient, hiphop and all forms of music.

But what does it mean if your listening system doesn't play these transitions seamlessly? Is it the mastering engineer? The device maker? The software playback system? At any of those points, this can be an issue. Most devices have an "on" or "off" for gapless playback. Ripping CDs often does not give you gapless playback.

Here's an article from Sound and Vision that offers interesting insights.

Getting gapless playback of digital files can indeed be a problem in the music streaming world. This is generally a problem with classical works that are divided up into movements, but it can also affect rock and DJ mix albums where tracks are meant to flow seamlessly together.

Unfortunately, the Qobuz web player doesn’t provide gapless playback, and the same happens to be true of the player on the Tidal website. You can get gapless playback with both services, however, by downloading their respective desktop apps (macOS only for Qobuz, macOS and Windows for Tidal). Gapless playback is also offered by the Qobuz and Tidal mobile apps, both of which are available for iOS and Android devices.