How does E.S.E. recording make a difference for the DSD or HD listener?

How does E.S.E. recording make a difference for the DSD or HD listener? 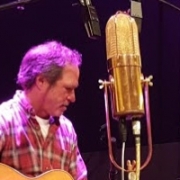 Extended Sound Environment (E,S,E,) is as relevant today as it was when we invented it back in 2002. Some people wonder why we come up with names for recording techniques and here's why....

There are many recording techniques that have been given names to describe placement of microphones as it relates to getting different phase relationships or other sonic characteristics. We use these abbreviated terms within our professional circles or within our crew or community of people to create a language that abbreviates what we are doing. When we first developed E.S.E. it was to provide a language within our group of engineers and music lovers that indicated a particular method of recording that included a specific criteria of gear, placement, non headphone use and no overdubs. The devices, down to the cable, was specified and included the digital audio workstations ability to capture sound to DSD. PCM capture is not acceptable for E.S.E. recording.
Tape is fine, but we felt strongly that PCM would not be part of our recording chain. Why? Because I didn't like the sound. Purely personal. If others want to use PCM to capture sound... no problem.. for E.S.E. it wouldn't be part of the method.

It was a very controlled environment created for myself and those that wanted to hear DSD recording -- not DXD then converted to DSD, not isolated artists in separate rooms wearing headphones, not endless takes of a vocal recorded after the basic tracks are recorded. E.S.E. means you're listening to a recording that was recorded live in the studio (or a similar environment) without overdubs and headphones. Believe me, even concert recordings are not often all "live". Many times vocals or other instruments are re-recorded for various reasons.. bad performance, mic stops working, etc.

For Blue Coast Records, we wanted this kind of purity of sound because we felt we could get the passionate performances with full dynamics best this way. Some people might read into the E.S.E. method that we are saying this is the only 'acceptable' way to record. No. That's not what we're saying. There are plenty of wonderful recordings made on PCM workstations that are wonderful. While my preference is to capture the music/sound on tape or DSD, it's not always possible. If I want to construct a composition that requires overdubs or sounds I've got from my iPhone, hundreds of tracks overdubbed or want to exchange pieces from other musicians, or the artists is going to do overdubs at home, then I sometimes have to work in PCM. It's not my first choice, but sometimes required.

Up till now, Blue Coast Records has released about 50 titles recorded in E.S.E. That is so much easier to talk about than saying "no headphones, no overdubs, recorded to DSD using a specific chain of devices". We display the E.S.E. logo on the recordings so our music lovers know what they are getting. Also to note, E.S.E. has gone beyond just Blue Coast Records. We are often hired to do E.S.E. recordings for other labels and allow the use of the logo to indicate that as such.

In the next few years, Blue Coast Records may expand beyond E.S.E. but I doubt we will stop recording in that fashion. I love the performances and music we've been able to capture. When the artist is in a comfortable state, ready to express their souls, we'll be there to capture every breath, nuance and tear shed.

And to be clear.. Blue Coast Records is a label that owns sound recordings and sells them through various digital service providers. Blue Coast Music is our parent store and sells music from all labels direct to consumers.

I hope that answers some of the questions out there about how and why we call things as we do. If you want to call it "marketing" -- well, okay. When you have a business, you want to market and promote your products... especially when you're proud of them. I'm very proud of E.S.E. and how we've changed our world of audio towards an awareness of DSD and the power of great live performances.