How does mastering affect the final sound for DSD, vinyl and other formats? Part Two

How does mastering affect the final sound for DSD, vinyl and other formats? Part Two 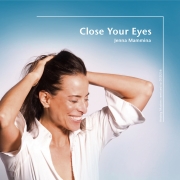 Mastering is what we call the 3rd part of the production process (recording is part one and mixing is part two) that has the potential to change with improvements or degrade the sound.   As we talked about in Part One of our series, the final stage 6 is the listening environment in the home.

Mastering is the final stage the producer and artist has control over for sound before handing over to the record label for mass production or release.  Mastering for albums generally includes

As much as we would all like to capture the sound at the recording stage it's not always possible.  Every producer knows that each step is a degradation in quality from the original capture.  We try to do the best mix possible but often it's the case when a deadline is involved that remixing is not possible.  This is especially true when mixing many songs on different days with weeks apart.  Tired ears can affect the mix.

CD for the last 15 years have endured the "loudness" war - meaning more producers and engineers are in battle for who's louder.   To make a louder CD mastering engineer will use compressors and limitors to increase the overall volume while squashing the dynamics so that the disc doesn't distort.  The added compression makes a louder sounding disc, but a seemingly smaller sound (IMHO) overall with a loss of dimension.

Those of us working in DSD know that we don't have the same limitations for dynamics and often create downloads with little or no compression to limit dynamics.  Some engineers choose to create different mastering for CD and SACD for this reason.  Others choose to create the same master for CD and SACD release knowing the listener is going to compare.

If you're trying to evaluate formats, comparing a compress file to a non compressed file isn't a good comparison even when coming from the same mix.  For that reason, it's important to know what was done in mastering to the vinyl, CD, SACD or High Res Digital download if you want to do a fair comparison (and are able to take into account your own playback system for each).

Jenna Mammina's album on Blue Coast Records (Close Your Eyes) is an example of pulling many songs recorded over the last 20 years and mastering so that the songs blend together seemlessly.

Part Three we'll look more at the re-mastering process.  If you have questions contact us at support@DSD-Guide.com

Become a member of Blue Coast PRIME and receive a discount of 30% for every purchase.  Go to https://bluecoastmusic.com/prime and use

coupon code at check out until June 30, 2018.  Get an additional 30% off for joining and purchasing music.