How To Play DSD

How To Play DSD 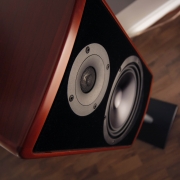 Playing back DSD files requires a bit more effort than most other formats, such as WAV or MP3 files. Most computers these days aren’t capable of converting DSD into audio because their audio hardware is limited to PCM files, so you have to use something else.

The solution is to use an external Digital to Analog Converter (in short, DAC). A DAC, which is able to handle the high sample rates used in the DSD format, can be easily connected to your computer via USB. Unfortunately that’s not the whole story. The major computer operating systems, Microsoft Windows and Apple OS X, don’t support DSD audio streaming using the USB port, only PCM signals are possible. So right now you’re stuck with a DAC which is not getting any DSD info from your computer.

The trick here is to fool your computer’s playback system into letting it play DSD. A group of audio and computer experts developed the ‘DSD over PCM’ standard, in short DoP. With DoP, a computer thinks it is playing PCM files but it is actually playing DSD. This DoP encoded PCM stream (remember, it’s actually DSD) can be sent through the USB port. Now it’s possible to provide your DAC with an encrypted DSD signal. Your DAC has to recognize this DoP stream and transcode it back to DSD, then convert it into audio.

Nowadays there are several manufacturers such as Sony, Playback Designs and Marantz that feature amplifiers and receivers capable of playing high resolution audio, including DSD! They have a built-in high quality DAC so you do not need an external one. These devices are almost always equipped with an LAN connection so you can connect to your NAS or another storage device. Now you only need the right software that’s capable of playing DSD audio using DoP. There are quite few programs like Audirvana for Mac. Windows users can download Teac HR Audio Player. JRiver and HQPlayer are available for Windows and Mac and even Linux is supported by HQPlayer.

To summarize, for native DSD playback you need an external DAC and a computer with an appropriate software program.