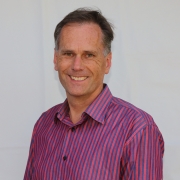 "What would it take to launch a new format today, and what problems could it possibly solve? The following article tries to answer this and other questions. Any resemblance between the suggested new format at the end of this article and any real format currently being introduced in the market would be purely coincidental."

For those who enjoy technical information and pondering the future, this is a great article.

Andreas Koch has been involved in the creation of SACD from the beginning while working at Sony. He was leading a team of engineers designing the world's first multichannel DSD recorder and editor for professional recording (Sonoma workstation), world's first multi channel DSD converters (ADC and DAC), and participated in various standardization committees world-wide for SACD. Later he went on as a consultant to design a number of proprietary DSD processing algorithms for converting PCM to DSD and DSD to PCM, and other technologies for D/A conversion and clock jitter control in DACs.

In 2008 he co-founded Playback Designs to bring to market his exceptional experience and know-how in DSD in the form of D/A converters and CD/SACD players. In 2015 he took over the entire company. Earlier he was part of an engineering team at Studer in Switzerland, designing one of the world's first digital tape recorders, then lead a team of engineers working on a multichannel hard disk recorder. He also spent three years in a stint at Dolby as the company's first digital design engineer.

Read more about what Andreas has to say about DSD, PCM, MP3 and MQA in the detailed article at Positive-Feedback