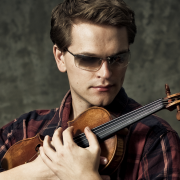 Most people know that when they see a "live" performance of the Rolling Stones each singing/performing in their studios that it's not really "live". And some people don't. They believe that the musicians are performing together. It's not yet possible.. so what happens to live performances?

When you see a screen shot of two or more artists playing at the same time, you can almost be certain that each musicians is playing to a guide track. Either a click or pre-recorded music, then listening in headphone is recording their part. There is no more interaction than that.

Livestreaming with one musician playing at home or trying to give lessons can also be a challenge. Zoom has built in noise gates that cutoff sound. Facebook and youtube have become the default place for musicians to record from their homes and provide a live concert. How strange it is to hear no applause after the piece ends.

Imagine you're in an orchestra or choir -- how do you practice? Even a small ensemble can't play together over the internet because of the delays in sound. So what do you do?

Mads Tolling (pictured hear) recently performed on Facebook on behalf of San Jose Jazz. He played from his home while hundreds gathered to his page and sent hearts and likes up to replace the sound of hand clapping.

In the next few weeks we'll explore where the world is headed as we figure more pandemics will lock us down.