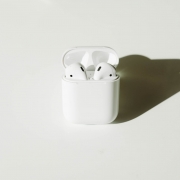 We found this interesting article that describes how the world is slowly changing to a better quality audio playback. With Amazon's HD Music, Tidal, Qobuz and others, it seems the time is ripe for better sound.
From the article:
According to a growing community of audiophiles, we are all being short-changed by the current wave of digital music. Since the first appearance of the MP3 in the late 90s, we have never looked back in terms of music’s abundance and availability, yet in the glut, we traded off how the music itself sounds.
The music industry hasn’t lacked for drama as a business in the digital age. As Napster wreaked havoc from 2000, iTunes came to rescue in 2004, Amazon weighed in with MP3, and the ‘record buying public’ mostly migrated to digital. Streaming took over in the mid-noughties with Rhapsody and then a legal version of Napster, before in 2009 Spotify added a dose of steroids to the digital market. As all of this unfolded over two decades, there has been a steadily growing movement whose argument is that we have had a fall out with fidelity. However, the message has for the most part, fallen on deaf ears.
Yet perhaps that is about to change at last. No less than three of the major streaming players: Deezer, Tidal and now Amazon Music, offer ‘hi resolution’ audio quality streaming.