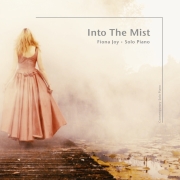 The Independent Music Awards (IMA) announced their nominees this week for Best New Age Album. Included in the nominations was Into The Mist by Fiona Joy (Hawkins), on the Blue Coast Records label.

Known to her fans as Fiona Joy, the Australian pianist has been working with producer Cookie Marenco for Blue Coast Records recording solo piano albums in high resolution audio.  Into The Mist is Fiona Joy's second album on Blue Coast Records following the success of Signature -Solo, which received awards and critical acclaim.

Into The Mist was launched June 2017 at the Los Angeles Audio Show in an unusual fashion.  In collaboration with Sony's Magic Bus and Jon Whitledge, Fiona Joy premiered the recording through the high fidelity music system in the van that Whitledge designed for Sony. The debut to more than 4000 audiophiles at the show was the first of its kind and also a critical success.

Since the release of Into The Mist, Fiona Joy has performed at Carnegie Hall with an ensemble called FLOW who have also been nominated for an IMA in the Best New Age category. She has recently previewed her latest solo piano recording in high fidelity audio on Blue Coast Records called Story of Ghosts.

Into the Mist can be found for high resolution downloads at https://bluecoastmusic.com/fiona-joy/into-the-mist

Fiona Joy Hawkins has released more than a dozen albums as the highlighted artist. She actively tours the USA, China and Australia with additional performances in Europe.  Her high resolution audio albums can be found at Blue Coast Music.