Remastering -- What is it? What's required for different formats?

Remastering -- What is it? What's required for different formats? 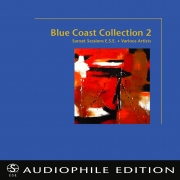 Technology is what brings us the ability to transform live performances into repeatable audio events using equipement and source material formated for a specific technology.  Over the years, technology advances change for various reasons.

Audio recording devices transform anology sonic waves into impulses stored on tape or discs or cylinder or what have you.  A long way back, those impulses were transformed into digital data converted through AD's (analog to digital) and back for listening (DAs or DACs -- digital audio converters).  This is a subject that can take a book to describe but for now.. let's cut to the chase and talk about remastering.

The most common reasons for remastering are:

As much as we would like to believe that multitracks and original mixes are being properly preserved for future use, many are lost or have been accidently destroyed.  The upkeep for archiving is expensive and the public doesn't want to pay for music.

When a master has been lost, the engineer tries to get the highest quality version of the mix possible.  In some cases, a complete remix is required if no master mix is available, though the challenges of mixing can cause more problems than solutions.  In many cases, getting a 2 track of any kind (CD, tape, vinyl record) could be preferable.

When DSD first arrived, it was a recording format only and in DSD64.  Many of us felt the DSD format was preferable to PCM recording and adopted it, even if we mixed or converted the mixes to PCM for release.  Eventually, in 2010, some of the first releases of DSD64 were available to the public and DACs for consumers soon followed.  Within a few short years, DSD128, then DSD256 became available for listening and the demand increased.

Blue Coast Records was one of the first labels to release DSD downloads (along with 2L, Channel Classics, etc).  What are these labels to do with the masters preserved on DSD64?  It's not a simple digital conversion.... at least not for those that care about the preservation of the sound.

In the case of Blue Coast Records, there are two choices to upgrade to DSD 256...  remix from the original DSD64 tracks or remaster from the DSD64 mixes through an involved process.  With Blue Coast Collection soon coming up to its 10 year anniversary.  After listening through several DACs and multitrack options, the decision was to go back to the last mixes on the Sonoma System in DSD64 before the music had been mastered for SACD.  Those mixes provided the great degree of audio satisfaction to the producers who wanted to keep the experience in DSD256 as close to the original DSD 64 and use the new format to enhance what was already there.

In the studio, the original mixes were played from the Sonoma system in DSD64 through an analog console while matching it to the original source material. After several attempts, the producers reached a point of "ahhhhh, yes, this is the sound and better!"  "Better" can be a subjective word, but if the producers feel the sound approaches their sonic vision, then so be it.

The Blue Coast Collection 2 will be available in its newly remastered form on May 15, 2019.  Until then it is on pre-release sale.
https://bluecoastmusic.com/blue-coast-collection-2#.XNcFIBRKjbg

There are a lot of ways to remaster a recording.  This is only one.  In general, a simple conversion is not considered remastering.  Remastering is a process that achieves the requirements of the final format to best reach the listener.

If you have any questions or other stories about remastering, send them to support@dsd-guide.com or leave a comment below.