The SEA process -- why develop a system to transform PCM to DSD?

The SEA process -- why develop a system to transform PCM to DSD? 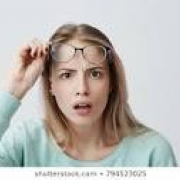 Systems for Exceptional Audio or SEA is a process that takes any ordinary file and transforms it through an analog process to DSD256. Joke about the acronyms all you want, but in the studio, life is easier when we have defined process that can be uttered with one word. That then transfers to the music buyer to ensure what they've purchased. If you've optimized your playback system for DSD256 or DSD128 you'll know why the SEA process is important. If you don't listen to DSD, then stop reading here. If you can't hear the difference in file types, you can probably stop reading as well. If you don't care, well then, you're probably not this reading anyway.

Before you read any farther, I want to reinforce that no where in the audio recording chain does the quality matter more than in the recording. The recording sets the tone for all the processes between that eventually lead to the listener. A bad sounding recording can be made on DSD, PCM or tape and few processes can fix the damage done if not recorded properly. That said, improvements can be made along the chain during mixing, mastering or remastering. This is especially important if a great musical event was captured for release to the public. "Fix it in the mix" or "Fix it in mastering" are phrases often joked about but true.

Let's assume you have a great recording made to mp3 or 44.1.. could it have been better if recorded in DSD? Yes. If given a choice between the same recording made at 44.1 or DSD I would choose to work with the DSD file. Not all engineers have access to DSD gear or understand how to use it... a sad reality.

More and more there is a demand for DSD audio files by the consumers. Customers are continually asking for DSD files and wondering why more recordings aren't made in DSD. The short answer is -- DSD is not easy to work with and the devices available to record on are expensive. The files are huge and require particular care which I'll reserve for another article. PCM digital recording has been embedded and so widely adopted that there is little reason for engineers to strive for better quality sound if the majority of the public doesn't demand it.

And maybe the saddest fact is that many professional audio engineers seem less able to hear the differences between 44.1 and DSD. I have had countless experiences where respected technicians and mastering engineers have told me they feel 1/2 db difference is inaudible. Not true. I expect and train my staff to hear 1/10th of a db and we routinely test for it. Not all engineers feel as I do about this, but personally, I wouldn't work with an engineer who couldn't hear a 1/2 db difference. Those engineers touting "you can't hear a difference" are just plain wrong and should consider another occupation. I find it careless when an engineer says, "Most people can't hear a difference". Just because some can't, doesn't mean all can't. Those of us who listen and do hear a difference matter, even if we're in the minority.

So what does that mean for the audiophile who does care and wants DSD audio in their home?

First of all, we're not going to change the habits of recording engineers who have their systems developed around PCM and plugins. We are going to receive an overwhelming number of files for distribution that are PCM based. To meet the demands of our music loving buyers who want DSD256, we've created a proprietary process called SEA and use the Audiophile Edition logo on those albums we've transformed in our analog process.

The Recording Academy (NARAS) who has been influential setting standards agrees that mastering or remastering a file that is not high resolution to DSD or HD audio creates a new file that can be considered the resolution it was remastered at. But this alone was not enough for us. We needed to know that what we were doing created differences that improve the sound over a simple digital conversion.

Sure enough, remastering through our SEA analog process, we can demonstrate that dynamics can be slightly increased and images widened. Of course, it's better to have recorded, mixed or mastered to DSD, but this is a last chance solution for an album to become DSD without drastically changing the sound. In fact, the only difference an artist might hear in their own album is a slightly lower volume overall in order to accommodate the increased dynamics. For today's streaming playback systems, this is an improvement as well. For those with DSD256 or 128 playback systems, you'll soon have a greater choice of music for your collections.

For those of you who can't hear a difference and would like to learn how to, there is an article for setting up a comparative listening test here.
https://dsd-guide.com/time-your-hands-how-about-learning-do-comparative-...