What is the difference between mastering and authoring for DSD and SACD?

What is the difference between mastering and authoring for DSD and SACD? 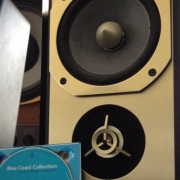 There are many pieces of a musical puzzle that delivers music from the studio to home listening.  We've have identified 6 categories that we call "Six Stages of Production" or the "Six Degrees of Degradation' (much to the chagrin of our audio engineers and audiophiles).  It's true.. every stage is another step of audio degradation that needs to be managed so as to lose as little quality as possible to produce the best end result.

In this article we focus on Part 3 (mastering) and Part 4 (authoring) for DSD downloads and SACD production.  For reference, here are the 6 Segments we've

Part 1 -- Recording and editing
Part 2 -- Editing and mixing
Part 3 -- Mastering, assembly and making parts to deliver for manufacturing and metadata
Part 4 -- Authoring for all the formats to meet specifications and metadata
Part 5 -- Manufacturing and Ecommerce (or we like to call it... What the &^%$ happened to my mix?)
Part 6 -- Delivery process and playback in the home

Let's assume you've been given DSD64 files from mixing made on the Sonoma System for an album.  After many mixes of the songs you've decided on the final versions.  The engineer then assembles them in the order (or sequence) of the songs for playback as in an album.  The only problem is the levels are a little different.  Some songs feel like they have more 'bass'.  There's talking at the top of the song that should be edited out.... etc.

In mastering for album considertions, you change the level of each song to match (or get in the ballpark) so that the playback experience doesn't require use of volume control.  Decisions are made about fade outs at the end, space between songs and clean tops and tails of songs.  Index marks are inserted for each track. Metadata is entered (some of it anyway) and in the case of CDs, a file or PMCD disc is made to send off to manufacturing.

For SACD, there is another step that can be handled at the SACD plant (which there are very few and none in the USA).  It's called Authoring.

Authoring for SACD and Downloads....

SACD requires another step before manufacturing and its called Authoring.  Because SACD often has a layer for CD and SACD to coexist on one disc a special process must be addressed to allow playback devices to recognize the correct playback format.  As well, on the DSD layer there could be a surround playback of the DSD tracks.

Authoring also addresses the track indexing for DSD.  There should be no sonic changes at this stage, but there have been known to be mishaps which usually results in a complete redo of the manufacturing.  It's costly to request a playback test disc at this stage and adds weeks to the process.  Most record labels take their chance.  But know that it is critical to listen to the final result before selling.  On Blue Coast Collection 1, we had errors and had to have the whole batch re-manufactured.

Downloads are not simple either.  At this stage, when we receive masters from labels we are careful to check for errors and add metadata.  Tops and tails are edited to avoid clicks and pops but the result is a minimal change.  Unless conversions are made, we work on the original files sent and convert from the highest resulting sampling rate.

With today's ability to record and mix to DSD 256 (higher formats than SACD uses) mastering is often done in an analog stage to avoid converting to PCM for gain changes.  The the music is re-recorded back to DSD256.  Some engineers master in a PCM format called DXD convert back  DSD when the changes have been made.

Here's an example of our first DSD master... Blue Coast Collection 1 that became an SACD.  Originally it was recorded for surround and stereo for SACD release.  Later, it became the first DSD Download from the cloud -- June 2010.
https://bluecoastmusic.com/various-artists/blue-coast-collection

Several years later, we remastered for DSD256 and made sonic changes that we liked at the time.
https://bluecoastmusic.com/various-artists/blue-coast-collection-remastered

If this sounds complicated...it is....  to be continued.