What is the difference between a period instrument and a regular instrument?

What is the difference between a period instrument and a regular instrument? 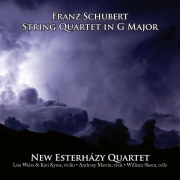 In today's world, it's hard to understand that systems of tuning used in the majority of popular music have only been established for about 150 years.  That's a short period of time in the scope of music history.  How does it affect your experience of music?  And why are we discussing this on a DSD Audio Format?

DSD (Direct Stream Digital) Audio and high resolution audio recorded with dynamics preserved, has the ability to expose harmonics to their fullest.  When talking about "intonation" you fullest appreciation will be had by listening on these formats.

Most of you reading this are familiar with pop, rock, jazz and classical music. These are musical forms that evolved with 'Western' music sensibilities for tuning and groove.  Most of the music on the radio has 4 beats to a measure.  Some has 3 (like a walze).  What you may not realize is that we've adopted a tuning system called "equal temperament" that revolves around the idea of 12 notes between an octave (the same note higher and lower).

Those 12 notes between (some of you might know them as half steps) are tuned slightly "out of tune" so that a composer can more freely change keys and be relatively in tune from key to key.  The "out of tuneness" has been accepted by our western ears to favor colorful chord changes and is somewhat imperceptible.

What many people don't know is that "equal tempered" instruments didn't always exist.  Instruments were built to play "in tune".  "Just Intonation" temperament is a term used for systems of tuning that favor putting the central song "key" in tune.  Thirds and Fifths are tuned without the beating of "out of tuneness". This often limited the harpsichord composer to chord modulations closer to the central song key -- usually a fifth interval up or down from the center key.

An example would be writing a song in the key of "C".  A fifth up would be "G" and a fifth down would be "F".  These keys would most likely be the closest in tune.  If a composer would modulate to a key like "D flat" those chords might be found unpleasant to listen to.  Even today, our Western harmony has evolved so that the first songs a budding guitarist might learn are "One, Four, Five" chords to emulate most music written.

J.S. Bach wrote a series of pieces called the "Well Tempered Clavier" in the 1700's to prove that equal temperament instruments could be palatable.  It took hundreds of years for that system to be adopted.

We rarely get to hear performances of music written for these older temperament system.  Here's an album performed by the New Esterhazy Quartet on period instruments.  It's Shubert's String Quartet in G Major.  It might sound odd at first as you adjust to how instruments truly play "in tune".

For more information on tuning systems have a look at this selection of articles.