What does analog mean? What does digital mean?

What does analog mean? What does digital mean? 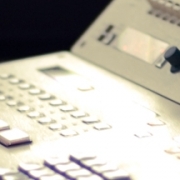 Recently there has been some curious questions about the meaning of "analog" vs "digital".  Many engineers working with DSD (Direct Stream Digital) feel strongly that DSD digital sounds much better than PCM digital.  Many of us feel that DSD is the closest thing to analog that the digital world can offer.

But, does that mean DSD is analog?  I don't believe so.  I don't believe any audio engineer knowledgible of their craft would say that DSD is analog.  Why?  I believe it's as simple as how we define digital and analog as words.  Similar to 1+1=2...  in order to create a community that understands each other, we have accepted certain definitions.

Renown high resolution pioneer and founder of Playback Designs, Andreas Koch, offer his descriptions like this...

"the only difference between analog and digital is the size of the sample rate. In the case of analog it is infinite, and for digital it is finite.  So that make DSD digital. It shares the same exact advantages with any other digital system in terms of generational copying, computer friendliness etc.On the quality, of course we can always argue. My point on that is always this: DSD's inherent very high sample rate (compared to PCM) brings it closer to analog (with infinite sample rate) and so I would expect it to sound accordingly: closer to analog.This is a bit over simplified, because now you would argue that DSD at 1024FS would sound even better. That is clearly not the case, because the basic principle of DSD has a sweet spot at 128FS and then you are starting to run into its basic limits. For those high sample rates we would need a different encoding system."

In simple terms, I have accepted that digital means a sound has gone through a series of processes (analog to digital conversion) that captures information as ones and zeros which can be stored as such.  (Referred to as samples and bits).  To hear those ones and zeros they require a process (digital to analog conversion) to turn into audible sound.

Analog tape, for instance, captures sounds by magnetic impulses which are infinite and not samples of a sound.  But keep in mind, not all tape capture is captured by magnetic impulses.  In the 80's and 90's, many "tape" machines were used to record digitally.  They captured ones and zeros...  DAT machines, F-1s, and two well known multitrack machines from Mitsubishi and Sony were used in recording.  These tapes can not be played on analog tape machines.

Please feel free to add a comment as to what you believe analog and digital means.