What is Immersive Sound? How does it differ from Surround Sound?

What is Immersive Sound? How does it differ from Surround Sound? 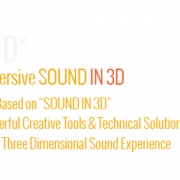 Immersive Sound is the latest term coined by the music industry to mean music that has a consumer playback using more than 2 channels of playback. Surround Sound, Quadrophonic, Atmos, 360 RA, Auro-3D and more.

Surround Sound is often called 5.1 or 5.0 ... The "5" being the mid level and the "1" indicating a sub channel mounted on the floor.  "0" indicates there was no sub channel used in the mix.  There are a lot of reasons why an engineer chooses not to put something in the subs.  If you can guess... leave you comment below.  There were two common placements for the 5 speakers. Do you know what those configurations were called?

Who remembers Quad Sound on vinyl?  No?  It was music on vinyl with the capability to playback 4 individual channels from one single vinyl source.  Interestingly enough, a few years ago, Suzanne Ciani released a Quad recording on vinyl for submission to the newly formed Immersive Sound Grammy category.  For short hand, we call this 4.0.

Unfortunately, the consumer side didn't support the Surround Sound movement with many purchases of the music, but the gaming community did.  Much of the problem seemed to be the cost of mixing in surround and the lack of information for the consumer on how/where to place the speakers.  If playback isn't correct for the consumer, the efforts of the artists and engineers could end up sounding pretty strange. Sennheiser and other companies began creating soundbars to replace the 6 speakers needed for surround.

Now, we're about the enter the world of Immersive Sound...  Dolby Atmos, Sony 360 Reality Audio, Auro-3D....  What does that mean to you?

So, if you're thinking... gee, can't I have one setup that configures these systems to playback correctly?  Well, we wish you luck.  The cost of mixing to all of these formats is beyond the reach of most labels... let alone having all the configs in the control room for mixing or mastering.  Maybe that will change if there becomes the demand from the consumer.

Headphones may provide an answer.... more coming on this subject.

What do you think?  Leave your comments below, thanks!