What makes an audiophile recording? Let us know what you think!

What makes an audiophile recording? Let us know what you think! 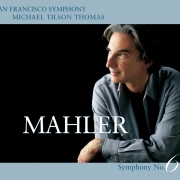 Recently some prominent audiophile reviewers have voiced their opinion on what they believe an audiophile recording is.  Opinions vary greatly and seem to depend on the favorite genre or listening style of the reviewer.

Some people believe that to be a true audiophile recording, the recording itself must be a live recording in a great room made with 2 microphones directly to the recording device (no specification on the format, microphones, pre-amps or cables used) and no additional effects.  That would probably discount 99.99% of the people who actually earn their living as recording engineers and give advantage to anyone with a portable two track hand held recorder capturing sound to pcm 44.1.  More than likely some of these opinions are based on what people perceive to be the recording methods used by engineers getting great sound.

In actuality, even classical engineers use varied techniques of multiple microphones, recording direct to higher formats, specifications on cables, microphones, rooms, etc.  Most of the great symphonies employ very sophisticated techniques for editing and recording that include multiple recordings of the same music repeated over 4 or more nights.  Some of those sessions are "pickup" sessions where the producer has marked specific areas of the music needing improvements.  The music is then recorded section by section in an empty hall.

Yes, an empty hall is going to sound different than one filled with hundreds of enthusiastic patrons.  In order to match sounds, some of these engineers use reverb and eq to match the sound of a filled hall.  It's not a simple process of putting two mics up in a room and perfection is achieved.  True, not every engineer may record their favorite symphony in this fashion.

We should also consider the great recordings made in grand studios to DSD, PCM or tape.  More than 60% of audiophile listeners listen to rock - old and new - made using now traditional techniques of putting individual performers in isolated rooms.  Isolated rooms are optimized to get the best sound for each instrument.   In order to get a great drum sound isolation of the drums is needed. Why?  Drums bleed into every microphone.  If played live in the same room with others, you can forget about using any microphone put up at the drums.  The drums in the mix will be too loud.  There are cases when this is not true, but are very far and few between.

Isolation also allows the vocalist (or other instrumentalist) to record their performance several times as an overdub then choosing or combining takes to make one complete and perfected performance.

Then there are a few of us professional engineers who use the technique most needed to get the best performance.  Myself, I've developed a technique called E.S.E. (Extended Sound Environment) which is recording all the musicians live in the same room without use of headphones or overdubs.  I use multiple microphones -- some close, some distant -- specified pre-amps, cables and only record to DSD and tape.

After more than 30 years recording in every method possible, I found that I preferred the performances (not always the sound) that came from E.S.E. recordings.  It is limiting for use of drums and other instrumentation, so I don't use it for every session -- just Blue Coast Records recordings and when an artists requests E.S.E.  It's a challenge to get a performance the artist will like without fixing it somewhere.  The hardest part of the E.S.E. technique is convincing the artist that a slight "flaw" is okay. :)   The best part is the clarity in sound and capturing an emotional performance with artists in tune with who they are playing with.

To sum it up, we believe a broader term is needed to describe and audiophile recording.  One that goes beyond format recording choice and live recording limitations.  Let's face it, sometimes a crappy recording has a passionate performance that is a must-listen piece of music.

We would love to hear your comments on this subject.  Write to us at support@DSD-Guide.com