What's the difference between SACD and DSD?

What's the difference between SACD and DSD? 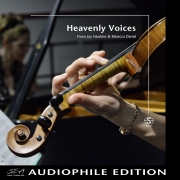 Simply put… an SACD is a disc and DSD is a file type that can live as an audio file anywhere.. a hard drive, a disc, a USB drive, etc.  DSD64 can live on an SACD.  But, if you want to hear DSD256... you need to have a DAC (soundcard equivalent) that processes the sound from Digital to Analog..  SACD and DSD are not interchangeable words.

It's hard to understand why there is so much confusion over this... but there is.  Probably because when SACDs were created it was more for the surround 5.1 experience.    Twenty and more years ago, no one was considering MP3's would take over the mainstream listening experience.  CDs were still thriving as a way to sell audio on discs.

Sony's intention for creating the SACD was to give creators the option to offer a better sound experience.  For them, that was by creating a disc called the SACD.  It offered the "Redbook Standard" for CD playback, a 5.1 surround layer for the immersive experience and a DSD64 layer where labels could add higher resolution files to be heard.

Put youself back into the year 2002...  twenty years ago very few audio engineers were recording in 9624 let alone had a way to record to DSD.  It was common practice to "upsample" those PCM 9624 files to DSD64 for the SACD layer.  That would be unheard of today in the audiophile world..  but yet, it is still done.

In 2010, Blue Coast Music released the first DSD downloads available for sale.  There were no consumer DACs available at that time that could play DSD64.  Playback Designs, followed by Mytek were the first two DACs that offered the consumer the chance to hear DSD64.  Soon afterward came DSD128 download and later DSD256 (4 times bigger than DSD64 used on the SACD).

By this time, a small and dedicated group of engineers began the effort of recording more direct to DSD in DSD256.  There are several download stores that now sell the files only for this music.

SACDs are PHYSICAL DISCS that are limited to DSD64.  Many people still own SACD players are still being made to play these discs but truthfully, the cost of shipping and manufacturing has caused many labels to offer downloads only of DSD music.

SACD and DSD are not interchangeable words.  It only causes confusion when people post using the wrong terminology.  Heavenly Voices, an album by Fiona Joy Hawkins and Rebecca Daniel is an example of a DSD recording that is available on SACD and as DSD256 downloads.