Why does a song not sound the same when played from different streaming companies?

Why does a song not sound the same when played from different streaming companies? 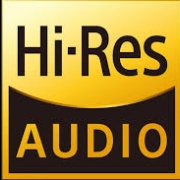 Have you listened to the same song playing from Tidal? Qobuz? Applemusic?  Youtube?  Do you notice subtle differences in these streaming services?  For that matter, have you downloaded the same song from different services?

Unless you run a record label, you're probably not familiar with the process of how the music gets from the studio to the online music resellers.  Here's a primer....

From mastering, the tracks are returned to the record label with various files prepped for each format the label will sell.   Let's start with how mp3/hi-res digital files get to streaming and download services where the language and systems have been developed different than physical disc distribution.

The mastered digital files for streaming and downloads are given to 3rd party services called "aggregators'.  Aggregators are companies you probably won't recognize by name like The Orchard, Dashgo, DistroKid, Tunecore and CDBaby.  Aggregators have relationships with most services worldwide like Spotify, Tidal, Applemusic, iTunes, Deezer, Youtube and hundreds of others worldwide.  The aggregator sends the files from the labels to each of these companies, collect the money from sales, report and make payments to the labels.  For this service, they receive a fee -- either annual fee per album/song or percentage of sales.

An aggregator usually requests the CD quality WAV file or a file in 44.1kHz 16 bit from the label.  Some aggregators will handle higher resolution files, but those companies are rare.  More on that later.  Each music retailers has it's own way of handling files and generally you can only play those files using the player / app provided by the company -- like Spotify, iTunes, Qobuz, etc.   Roon is a company that has made deals with several music retailers (like Tidal) so that their files can be played from the Tidal app or from Roon.  For data collection, advertising and vendor/customer satisfaction, owning the music app/player is lucrative and not easily given up.

Do you remember the days of radio?  It seemed like you could identify the station by listening a few minutes to the sound of the broadcast.  The same is true with music retailers.  A song sounds different on various systems.  How can that be if only the one file was sent to the aggregator?

Apple converts their files to AAC for downloads - a format they licensed from Dolby. Spotify use the Ogg Vorbis format and are encrtyped by Spotify so no other media scanner will recognize them.

Tidal uses 320kbps AAC files for their regular service.  Their hifi services offer FLAC and ALAC streaming.  Tidal streams FLAC and ALAC files at 44.1/16 CD quality.    Tidal also has MQA files which they receive from MQA who does the encoding of those files from files received from the record label.

Qobuz streams mp3 at it's lower tier level and like Tidal, it's hifi streaming is lossless FLAC at 44.1/16 bit. Qobuz offers a 'Sublime" service of 44.1/24 bit and higher sampling rates.  So if Qobuz and Tidal stream the same lossless file, why do they sound different?  We'll explore that in an upcoming article where we'll offer test results.

Primeseat is a company testing up to DSD256 streaming, which it has done effectively.  You can download their app and test for free here.  https://primeseat.net/en/news/20160413-000347.html

All of these companies build their own music app that serves them and their customers.  These players can have algorithms that automatically adjust the gain so that your listening experience is optimized for volume... that doesn't always mean it's optimized for sound.  On one hand, when streaming from song to song you don't have to adjust the volume, but on the other hand, it requires compression and limiting to achieve that result.

For downloads, one master file is sent to the aggregator.  High resolution files are usually submitted with the highest format available and conversions are done either at the aggregator or at the music retailer.  For instance, The Orchard (owned by Sony) handles delivery of high resolution files on behalf of many labels to HDtracks, although it should be noted that HDtracks and many labels have direct relationships with high resolution retailers that allows for the label to deliver the files directly. Most of the DSD download stores get their music directly from the labels.

The DSD/High Resolution music retailer receives one file from the aggregator or label then does the preparation (conversions to other sampling rates) in house.  For large ingestion of hundreds of titles, a third party studio may be used to handle the conversions.  Some do "batch" converting.

Note: there is controversy over whether "lossless" compression is truly the same as the original WAV file offered. That said, the convenience of lossless, the smaller size and ability to handle metadata often outweigh the small sonic differences.

We welcome your listening experience comments.