Will Mainstream Music Catch Up to HiFi Playback? Maybe and here's why....

Will Mainstream Music Catch Up to HiFi Playback? Maybe and here's why.... 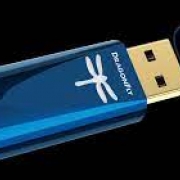 It's been a long time coming and many of us thought the day may never come when mainstream listeners would want to hear music above an mp3 quality.  But to our surprise, some of mainstream's most ardent resisters are becoming advocats for High Definition audio.

Sure, If you're an audiophile, you've sought out higher resolution digital audio, vinyl or tape for a long time.  After the introduction of mp3 followed by streaming audio, mp3 and it's cohorts took over the airwaves with shouts of "good enough!" and "no one can hear the difference"!  How many online arguments in audiophile or technology forums does a person have to live through to get the idea that some people don't know how to do a listening test.... or don't want to bother.  It's okay... just don't stop the rest of us from higher quality.

Here's the thing...  no one working in a recording studio today records to mp3.  No one... you'd get fired.  Any respectible school is teaching to record in 24 bit at the very least.  But there's more to this story...

Twenty years ago, Blue Coast Records recorded to DSD - one bit recording.  We've moved up to DSD256 since but...

Here are the links to the first DSD recording and download sold in June 2010 from an online store and delivered directly to the consumer...  The Blue Coast Collection from Blue Coast Records...  We started the DSD Revolution

Twenty years ago, the Apple products had sound cards that played 9624 PCM (an improvment from what Apple offers now).  No one's sure why Apple removed the 9624 sound card (replace by lower quality), but about 10? years ago, they did.  Samsung and other Android devices not only left in 9624, but allowed for 192 PCM and even DSD in some devices.

But to the mainstream (in the USA) who are buying Apple products, what Apple says and does, seems to become mainstream.  Like what Apple is doing with immersive sound (they call Spatial) is a display of financial power that can change listening habits and recording methods... with no consideration to cost or standards or the artist's wishes.

Bob Lefsetz is a music industry pundit.  His more than daily newsletters go out to music industry execs, artists, and anyone interested is what his take is on the music business.  Many times I don't agree.  He was an early supporter of Spotify without consideration to what would happen to the artists lack of revenue from streaming.  I tried to email him several times over the last 12 years about what we were doing in High Resolution Audio... but what I would get in response were articles "poo-poo-ing" better quality.... with the same uneducated responses spoken through his newsletters- "no one cares or can hear the difference".  He routinely made fun of audiophiles.

So, you can imagine my surprise when he had two articles in one week about how fantastic the "Dragonfly" AudioQuest DAC sounded.  He even gave an explanation of what a DAC was!  I can only guess that he's getting paid well for sponsoring the products or that he actually CAN hear the difference.  It's not like AudioQuest hasn't been around for years selling a $300 DAC.  We've all known about it and loved it.

So... I guess I should be happy because maybe in another 10 years, he'll figure out what DSD is.....